By Mike Allwright and James Dyke 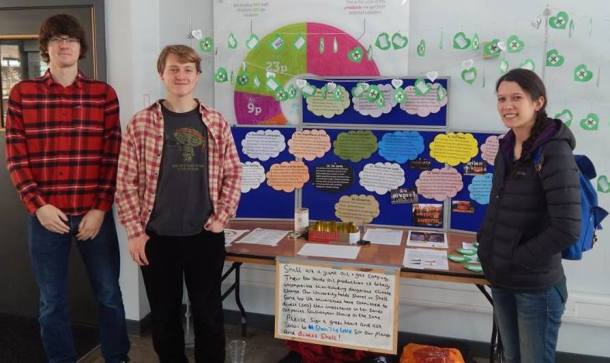 The University of Southampton has joined the list of organisations that have decided to divest from companies that are not serious about tackling climate change. This includes major players in coal, tar sands and most oil and gas operations. The University will also be selling its shares in Shell and committing its full endowment to a new ‘dark green’ investment fund. This is a major victory for the fossil fuel divestment campaign in the UK.

For those following the long student-led campaign that has argued that tuition fees must be invested wisely and ethically, this is a surprising if not remarkable achievement. So what happened?

Initial attempts at divestment were conducted under the Fossil Free banner which has proved successful in other institutions; while also causing controversy at times when campaigns have engaged in direct action such as sit-ins and building occupations. Given the state of play at Southampton, it was decided a non-confrontational approach would be more effective. 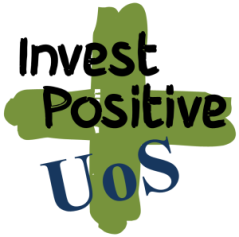 Invest Positive University of Southampton was established over the summer of 2015 with a commitment to run an engaging, student-led campaign that would build support by focussing on evidence-based, appealing engagement activities and communication. It promised to abstain from the kind of direct action protests that would clearly not win the backing of senior management or the wider student body.

Given that the University is a public organisation, it was possible to submit Freedom of Information requests. This was critical in helping understand not just what the current situation was, but better appreciating what room for manoeuvre the University had. It was discovered that, with the exception of a small shareholding in the oil and gas giant Shell, the University’s endowment was not currently invested. This presented a window of opportunity to make the positive case for an ethically managed fund.

An open letter was sent to the Vice Chancellor and University Finance Director. Signatories included the presidents and committee members of the many sustainability related student societies and academic staff from across the University. Backing was also received from the Students’ Union, which provided a crucial line of communication and pressure. The letter drew attention to the chance for the University to transition to ethical investment and called for a commitment that the endowment fund would be re-invested free from coal, tar sands or Arctic drilling. Throughout the campaign high-profile research was cited that these resources will likely drive us into dangerous climate change and are incompatible with the recent COP21 climate agreement.

The campaign culminated in a week long display in the Student Union which focussed on Shell and tar sands divestment as the best hook to engage with students. The national campaign slogan from Climate Coalition — #showthelove — was used with the added twist of signed green hearts that acted as an attractive and visually striking petition for the University to divest from Shell. This petition and supporting material was delivered to the Vice Chancellor. Some weeks later, the organisers of Invest Positive UoS were informed by the Vice Chancellor and the Finance Director that the University would be committing to an ethical fund and selling its remaining direct shareholdings in Shell. Victory!

People instinctively understand that what an institution does with its own money is a fair reflection of their values. This is why University divestment is so powerful in the fight against climate change. Ethical investment should be standard practice for the higher education sector which plays a valuable role in shaping public perceptions and thus government policy. Education makes a direct investment in people’s productivity and wellbeing. It makes no sense to make positive contributions to a student’s future, at the same time as investing in companies that will greatly impoverish it.

Students have a reasonable expectation that their tuition fees will be invested in a manner that is consistent with preserving the long-term health of global society and the environment. Universities increasingly appreciate that students will not want to attend the last University that invests in fossil fuels. There will soon be a “race to the top”, in terms of divestment decisions from other universities.

If you are part of a divestment campaign or thinking of starting one, please be encouraged that change is possible and you can succeed from even the most unpromising starting point. Stay positive, earn the support of your target audience, persist in winning the support of key stakeholders and be creative in seeking new ways of getting your message across. As Bill McKibben co-founder of 350.org said about the fossil fuel divestment movement, “The kids are going to win, and when they do, it’s going to matter.”

You can win, and it will matter.